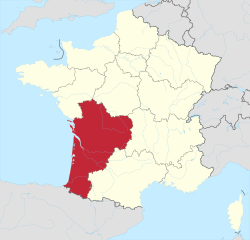 NOTE: Aquitaine became part of the larger region ‘Nouvelle Aquitaine’ following a territorial reform which took effect from 1 January 2016. It combines the former regions of Aquitaine, Poitou-Charentes and Limousin.

Located in South-West France, the Aquitaine region is known for its beaches, countryside and, of course, vineyards. To the south of the region, between the Pyrenees and the Atlantic Coast, the land is fairly flat and low lying. Further north the landscape is hillier, with vast areas of rolling woodland and a plethora of lakes. This area includes the Dordogne, popular for those looking to buy an Aquitaine property, with stunning medieval villages and gourmet French cuisine.

Bordeaux is the capital city of Aquitaine, France. One of the most historic and varied regions of France, the Aquitaine region stretches from the Massif Central to the border with Spain. Aquitaine has many historic connections with the United Kingdom, dating back to the Middle Ages.

Due to its’ size, some 300km long, the region is incredibly varied, with rolling hills, vast areas of vineyards to the south and woodland and mixed farming to the north east. It has a really exciting balance of cosmopolitan, chic towns and cities like Bordeaux, Biarritz and Bergerac, as well as rural communities which can feel like a real step back in time. 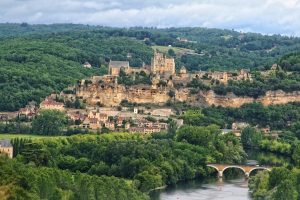 For those looking for an Aquitaine property, the Dordogne area has been hugely popular with British, Irish and Dutch buyers since the 1970s. Some 50 years later, the passion for this area is unabated. The Dordogne area also has an incredible prehistory, and is one of the oldest centres of known human habitation in Europe. A visit to the remarkable Lascaux caves, a UNESCO world heritage site, is an essential ‘must do’ for this part of France. The rocky outcrops which hang over winding roads through the Dordogne valley will give you a real sense of, “this stuff has been here for a verrry long time.”

The Dordogne is also famous for its gastronomy, including truffles, foie gras and walnuts. Parts of the department are definitely ‘La France Profonde’  – meaning truly rural and properly old-school France. The capital town is Périgueux, and Dordogne was divided into four Périgord areas by colour – Green, Black, White and Purple – and these names are still in common use today, particularly by French property agents!

Below the Dordogne, across the middle of the department, are some of the most famous wine-producing areas in the world. Vineyards scatter across this region and roughly follow the line of the Gironde estuary, which is the massive river which comes in from the Atlantic into Western France. Bordeaux, capital of the Gironde (33) department and also capital of the Aquitaine region, is one of France’s most prosperous ports and a wander around the beautiful old city will give you an idea of the historic wealth. Quite stunning architecture and beautiful parks, and also includes Europe’s longest shopping street! 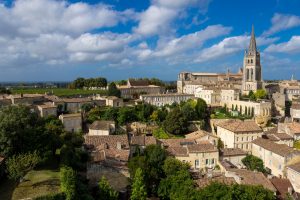 To the North of Bordeaux lies the Médoc region, to the west of the Gironde estuary, and is the most prestigious wine-growing area. There are plenty of other famous vineyards; one of our favourites is St Emilion which has a stunning medieval town at the heart of the vines.

Further South along the Atlantic Coast, the popular resort of Arcachon has a sheltered bay favoured by yachtsmen, and is also close to some impressive sand dunes which are a must-see. Further inland, the Aquitaine region also includes the Lot-et-Garonne region (47), and towns like Marmande and Agen are known for their fruit and vegetables. 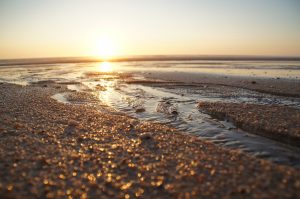 The Southern part of Aquitaine, where it meets with the Spanish border, is composed of two departments, Les Landes (40) and the Pyrénées Atlantiques (64). Les Landes has one or two trees – it is a low-lying area and one of the most heavily forested areas of Europe. If you’re driving through this area on holiday or home-hunting, you’ll find pine forests as far as the eye can see. Les Landes is very popular with ramblers and nature-lovers, and is one of the least densely populated areas of France with a large proportion of second homes, perhaps due to the vast stretches of sandy beaches. 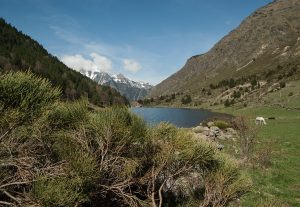 The Pyrénées Atlantiques  offers surfing on the beaches around Biarritz and St Jean de Luz, and skiing on the Pyrenees. The foothills of this French/Spanish mountain range have a mild climate. The departmental capital, Pau, is an attractive city famed for being a thermal resort in the nineteenth century.