To the North-West of the Limousin region lies the Haute-Vienne department (“High-Vienne”) with the Poitou-Charentes region to the West and across to the Atlantic Coast, and to the south is the ever-popular department of the Dordogne.

Talk to anyone who has been looking at property for sale in Haute Vienne, and they’ll tell you what first attracted them to the region was the unspoilt countryside and the rural ‘back in time’ quality. As well as scores of interesting towns and villages, the Haute-Vienne also includes parts of the Regional Natural Parks with woodland, lakes, walking, cycling and watersports. A brilliant area for ‘getting away from it all’. 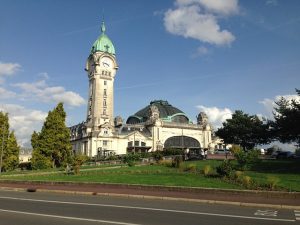 In addition to enjoying the peace and quiet, it is worth paying a visit to the famous medieval city of Limoges, internally-reknowned for its porcelain for hundreds of years. It has a cosmopolitan city centre and shopping district, and a pretty impressive railway station!

To the east of Limoges, heading towards the Creuse department, you will find the attractive village of Saint-Léonard-de-Noblat with a rich architectural heritage which has been well-preserved. As well as pretty squares and narrow streets, there is also a stunning 11th and 12th century Romanesque collegiate church. The town is also on the Santiago de Compostela pilgrimage route so is great for those looking to take advance of passing trade by setting up a B&B or gite business. 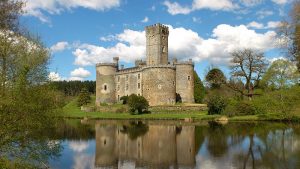 To the South-West of Limoges, the departmental and regional capital, lies the small town of Châlus. It is most famous for its’ castle, where Richard the Lionheart was fatally injured, and attracts many international visitors each year for this reason. It is also handily on the N21, a route nationale between Limoges and Périgueux. Just down the road is the village of Dournazac which has one of the most stunning and imposing castles in France the Château de Montbrun. It is an imposing 12th century medieval castle built in a deep valley with significant defences, originally intended to protect the borders of the Duchy of Aquitaine.

While in this part of the department, take the time to visit the pretty villages of Solignac, Saint-Jean-Ligoure and Pierre-Buffiere. Pierre-Buffiere is in an elevated position close to the A20 autoroute with a lovely 12th century viaduct called the ‘Pont de L’Ermitage’. The village has a number of half-timbered buildings and an 11th-century church; as a result it has been classified as a ‘village étape’ and worth a visit.

To the North-West of Limoges, close to the border with the Charente, you will find the historic and emotional village of Oradour-sur-Glane which was destroyed by the SS in the final months of World War II and has been left untouched since. It is a touching and poignant tribute to the horrors of World War II. Continuing down along the border with the Charente, the lively town of St Junien and the famous château and meteorite site at Rochechouart.

Closer to the border with the Dordogne is the pretty (and difficult to pronounce!) town of Saint-Yrieix-la-Perche. The area is very rural and dotted with quaint villages and châteaux. 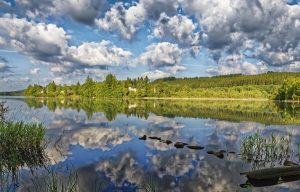 In the Eastern Haute-Vienne, the Lac de Vassiviere is one of the largest artificial lakes, surrounded by idyllic forests. It is hugely popular with locals and tourists alike and offers a range of watersport and leisure activities.

Further North from Limoges, the Haute-Vienne department becomes higher and hillier with the Monts d’Ambazac and Monts de Blond, on the edges of the Massif Central and the Auvergne.

Here you will find the stunning historic town of Le Dorat, with an 11th century church, defensive walls dating from the 15th century and beautiful medieval buildings. Magnac-Laval is also definitely worth a visit, and these towns, along with Bellac, are popular with those looking for property for sale in Haute-Vienne.

Nearby is the village of Mortemart, dating from the 10th century. It is the only village in the department classed as one of the ‘most beautiful villages of France’ and close to the rolling hills of the Monts de Blond.

Activities in the Haute Vienne department

Whether you are spending time in Haute Vienne on holiday, or looking for property to buy in the area, the choice of activities is immense. The vast lakes in the department offer extensive watersports including swimming, sailing, canoeing, kayaking, waterskiing, fishing and – where the lakes have man-made beaches (many of them do) sunbathing and spending time with family and friends and enjoying the Limousin micro-climate. One thing you will have to get used to is swimming in the lakes where fishing also takes place – it is a bit odd having little fish brush against your legs!