France has once again topped the United Nations World Tourism Organisation league of most visited countries with 83 million visitors in 2016, so no wonder so many overseas buyers still want to move to France.

Why do tourists keep returning year after year, and what does that mean for property hunters looking to move to France?

First of all, the fact that France borders eight different countries is hugely advantageous for European Francophiles wanting to spend time. From the UK alone there are innumerate travel options from ports, the Channel Tunnel or flights to 40 airports in France. When buying a property don’t rely on just one travel option in case routes or options change in the future. 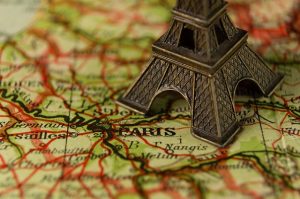 France has amazing cities and culture, with internationally-reknowned landmarks like the Eiffel Tower, Louvre and Champs-Elysees. Paris is an amazing capital city with some of the most incredible restaurants, museums, shops, cafes and architecture in the world. One can lose time in Paris. And yes, even if you’re single, it is an incredibly romantic city. Beyond Paris there are a wealth of cities and towns to choose from, some of our favourites include Lille, Toulouse, Montpeller, Bordeaux, Nantes and Nice. Each has its’ own history, culture, regional food and nightlife, but all quintessentially French. Beyond the cities, rural villages and bastide towns offer incredible charm.

Space. France has plenty of it. Its’ 66 million residents have almost three-times the space of the same number of people who reside in the UK. With diverse, spectacular scenery and countryside, from mountain ranges and the French Alps to river valleys, rolling vineyards and over 5,000km of coast, there is something for everyone looking to move to France.

All of this space is great news for property buyers. Certainly for househunters coming from countries or cities where space is at a premium, many of our clients are often astounded by how much land they can get for their money. Land is relatively cheap, and so large gardens and potential smallholdings are easily achievable. Even building plots, which would be easily be 6-figures in the UK can be purchased for modest prices in France. One of my very first French property sales was to a couple buying a 2000m2 plot of land – with views – in the Charente, and they intended to divide it into two plots of 1000m2, build two houses, live in one and sell the other off. Such an enterprise in the UK would have a cost base of £500k to £600k; in France they would do it for about a third of that. 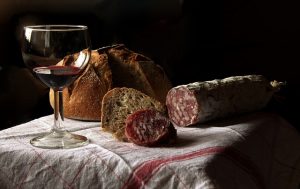 Food and drink in France is definitely one of the most appealing aspects, from the basic set menu in your local restaurant, through to haute cuisine, from rustic pastries to foie gras, food is inextricably woven into the fabric of French life.

And the wine, let’s not forget the wine. With vineyards across most regions of France, from exquisite and expensive AOC choices through to wine from the local cooperative. When we first moved to France we loved the local vin de pays, which came in 1.5l bottles with a 20 cent returnable deposit – brilliant!